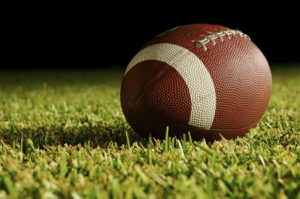 Charlotte, NC (June 7, 2017) ; The Central Intercollegiate Athletic Association (CIAA) announces 2017-18 locations and dates for its 14 championships, including the signing of a 3-year contract with Salem, Virginia to host the conference’s football championship through 2019. For the 13th consecutive year, the annual men’s and women’s basketball tournament will be held in Charlotte, North Carolina. The CIAA’s championship season begins in October with cross country and concludes in May with outdoor track & field.

“The 2016 game was a great experience for local fans and Salem is honored and privileged to host the CIAA football championship for an additional three years,” says Salem Mayor Randy Foley. “We have worked extremely hard over the years to earn the name ‘Virginia’s Championship City’ and we’re excited that the CIAA will now be an important part of our championship legacy.”

The City of Salem will host three additional CIAA events throughout the 2017-18 season. Football Media Day will be held on July 20th at the Sheraton Hotel. Further details, including media registration, will be announced by the conference office on Thursday, June 8th. The 2017 Men’s and Women’s Cross Country Championships will be hosted at Green Hill Park on October 26th while softball will take place April 30 &ndash; May 2, 2018 at Moyer Park.

“The city of Salem did an exceptional job hosting last year’s football championship. We were pleased with their support and welcoming spirit to host the competing member institutions, fans, and sponsors,” stated CIAA Commissioner Jacqie McWilliams. “We are excited to bring the rich legacy and tradition of CIAA championships to a city known for hosting top NCAA championships and who understands the value of serving its community through athletics. Our priority, annually, is enhancing the student-athlete experience through community impact, leadership programs, and championships. We are confident that the city of Salem will continue to help us grow and expand our championship footprint.”

The 2017 football season marks the 125th anniversary of black college football, which began with two CIAA member institutions. On December 27, 1892, Livingstone College hosted Johnson C. Smith University, then named Biddle Memorial Institute, for the first-ever black college football contest. The CIAA will honor its rich football history throughout the season, including the use of a celebratory football championship logo, leading up to the annual Commemorative Classic between Livingstone and Johnson C. Smith on November 4th and the CIAA Football Championship on November 11th.

While many locations remain consistent after a successful 2016-17 championship season, the conference’s Men’s and Women’s Indoor Track &amp; Field Championship will return to JDL FastTrack in Winston-Salem, North Carolina after a one year hiatus. The return will fulfill the last year of a previously drawn, 3-year contract with the facility. The two-day event will be held February 11-12, 2018.

Teams, alumni, and fans will return to Charlotte from February 27 & March 3 for the 2018 CIAA Men’s and Women’s Basketball Tournament. Known as the largest basketball championship in NCAA Division II, the event will once again be held in two Queen City venues: Bojangles’ Coliseum and Spectrum Center (formerly Time Warner Cable Arena). The CIAA’s Fan Housing Program, which ensures the best hotel rates for Charlotte visitors, is now open. Fans may book reservations online via www.ciaatournament.org or by calling 1-844-293-6678.

With the close of the 2016-17 season, the CIAA has discontinued sponsorship of its baseball program. The conference dropped to five teams in 2014 after the departure of the Elizabeth City State University program while the NCAA requires a minimum of six teams for sponsorship. The 2017 Baseball Championship marked the end of the CIAA’s grace period, officially concluding conference-wide support of the sport.