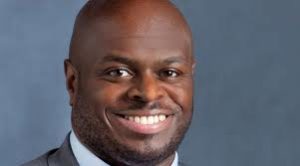 Dr. Allen received the award on Nov. 8 at the CCMA’s President’s Institute and 10th Anniversary Ceremony held at Gallaudet University in Washington, D.C.

The award recognized Dr. Allen’s contributions in the development of civic and community engagements, and for inspiring a culture of engagement that has been instrumental in the overall success of campus-community collaborations at the University, through work that includes:

The Campus Compact Mid-Atlantic Region (CCMA) is a nonprofit membership association of public and private colleges and universities. The CCMA provides leadership to colleges and universities in Maryland, Washington, D.C., and Delaware by advocating, supporting, and encouraging institutional participation in academic and co-curricular based public service and civic engagement programs. CCMA strengthens the capacity of member institutions to enhance student learning and meaningfully engage with communities.

Dr. Cordano is the first deaf woman to serve as a University president in the United States.