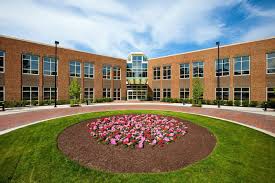 HAMPTON, Va. – Academically, artistically and athletically, Hampton University continues to stand as one of the best colleges in the Commonwealth of Virginia and the nation as a whole. According to Collegechoice.net, HU is ranked in the top 10 of 25 universities to make the list within Virginia. The selection process took into account all colleges within the state that offer four-year degrees ranking them by three factors: diversity, academic quality and return on investment.

Speaking of Hampton University Collegchoice.net said, “This private co-educational institution is a historically black university with an inspiring past and a multicultural, 21st Century Future.”

The site noted Hampton’s commitment to developing student character and preparation for the real world. Hampton University’s small class sizes with a 9:1 student/faculty ratio where students get more one-on-one attention was also taken into consideration.

Collegechoice.net continued to say, “Progressive teaching, diversity, and the pursuit of excellence are the hallmarks of Hampton University.”