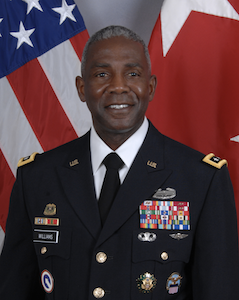 “General Williams is a shining example of what Hampton does every day: prepare the best and the brightest to lead our great nation and the world at large,” said Hampton University President, Dr. William R. Harvey. “His comments will be a memorable addition to an historic day.”

During the ceremony, Dr. Harvey will present the Presidential Citizenship Award to Dr. Christine Darden and retired Army Lt. Col. Claude Vann, III. Darden, class of 1962, is a former mathematician, data analyst, and aeronautical engineer who devoted much of her 40-year career in aerodynamics at NASA to researching supersonic flight and sonic booms. Darden is one of the researchers featured in the novel and movie “Hidden Figures: The American Dream and the Untold Story of the Black Women Mathematicians Who Helped Win the Space Race.” 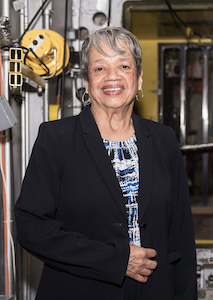 Vann, class of 1977, is a former Hampton University assistant professor of Military Science. After Vann retired from the Army in 1998, he served at Hampton University before accepting a position at Newport News Shipbuilding. In 2008 he took an early retirement, and accepted a voluntarily recall to active duty, during which he was the Chief, Family Housing at Fort Monroe until the installation closed in 2011.

Dr. Harvey has also invited back alumni who have attained the rank of general or flag officer in the U.S. armed forces to this ceremony for special recognition. 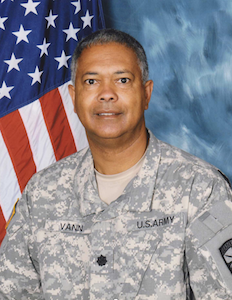 Williams is the Director of the Defense Logistics Agency (DLA), headquartered in Fort Belvoir, Va. He leads a global workforce of over 25,000 military and civilian workers in the Defense Department’s supply and support network. He directs nine supply chains supporting the military, as well as federal, state, local and international partners. The DLA provides food, medical material, uniforms and construction equipment, 98 percent of the Defense Department’s fuel, and the majority of spare parts for military weapons systems. He also oversees the National Defense Stockpile, an international network of 25 distribution centers.

Williams, a native of West Palm Beach, Fla., earned his bachelor’s degree in psychology at Hampton, where he was a Distinguished Military Graduate of the ROTC Program. He was commissioned into the Army Quartermaster Corps in 1983.  During his Army career he graduated from the Army Command and General Staff College, the School of Advanced Military Studies and he is a Distinguished Graduate of the National War College. Williams also holds a master’s degrees in military arts and sciences, national security and strategic studies, and business management (logistics).

The Founder’s Day Ceremony will be live streamed at media.hamptonu.edu.