In Other Key Findings, Morgan Outperforms State/National Research University Averages in Innovation and Technology Transfers on a per $10-Million Research Investment Basis

Morgan State University President David Wilson today announced the results of a statewide impact study, after the conclusion of a comprehensive analysis of the University’s economic and fiscal contributions conducted by Econsult Solutions, Inc., an independent Philadelphia-based economics firm. The detailed study reveals that Morgan is a valuable economic engine, making an annual $990-million financial impact on Maryland and $574 million within Baltimore City. In addition, the University supports more than 6,500 jobs statewide, nearly 4,000 of which are located in the City. 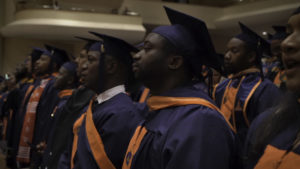 “Morgan has long understood the role it must play in Maryland’s future success. The findings revealed in this report are enlightening and significant in their proof of Morgan’s importance to the continued growth of the State’s economy, and they further illustrate how investment in this University yields a measurable and impactful return,” said President Wilson. “From the jobs that are created, to the tax revenues that are generated, to the many graduates that have remained within the region putting their degrees to work, Morgan’s positive influence can be felt throughout every corner of the state.”

Since its founding, Morgan has graduated more than 50,000 degree candidates. Of the 30,749 alumni living in the U.S. who were able to be contacted, 70 percent live in Maryland, and 28 percent of that number live in the City of Baltimore. According to the study, nearly 17 percent of Morgan alumni are employed in STEM fields, versus 10 percent for all Maryland schools, and Morgan alumni working in Maryland earn an aggregate of $464 million per year as a result of their Morgan degree. 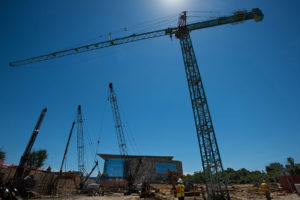 As an initiator of long-term capital investments throughout its campus, Morgan creates economic opportunities for the construction industry and related sectors. Over the past six years, Morgan has committed to more than $207 million in capital investments resulting in the construction of three new buildings: the Morgan Business Center, Martin D. Jenkins Hall and the Calvin and Tina Tyler Hall Student Services Building.

Morgan’s mission to offer higher education to groups historically denied and its designation as Maryland’s Preeminent Public Urban Research University, enhances the state’s wellbeing and competitiveness. Its research and innovation work produces scientific discoveries, yields startup ventures and tackles issues of strategic importance to the state. Morgan’s innovation outcomes are dwarfed by those of larger research universities in the state, in terms of sheer volume. However, dollar for dollar, Morgan is significantly more productive than the state’s other research universities and also produces at a level higher than the national average. Per $10 million in research expenditures, Morgan produces invention disclosures and new patent applications at a rate significantly higher than the state and national averages, which is a sign of its ability to initiate new scientific breakthroughs.

Other key findings from the report:

• 60 percent of the economic and employment impact occurs in Baltimore

“Our national work on the impact of higher education has underscored for us the importance of institutions’ being good neighbors in their community, anchoring their region’s innovation ecosystems and being accessible and affordable to a diversity of incoming students,” said Lee Huang, M.P.A., senior vice president and principal, Econsult Solutions, Inc. “Morgan has been excellent on all of these fronts.” Data utilized throughout the study were largely provided by Morgan and were independently checked against publicly reported sources, where available.

The full 95-page economic and social impact report can be found here.

Morgan State University, founded in 1867, is a Carnegie-classified doctoral research institution offering more than 100 academic programs leading to degrees from the baccalaureate to the doctorate. As Maryland’s Preeminent Public Urban Research University, Morgan serves a multiethnic and multiracial student body and seeks to ensure that the doors of higher education are opened as wide as possible to as many as possible. For more information about Morgan State University, visit www.morgan.edu.