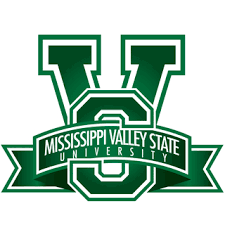 “Coming in first place at the Walmart Coding Competition showcased the knowledge and technical skills I have acquired from the MCIS department at Valley,” said Ibrahim. “It was also an opportunity to showcase the high standards of Mississippi Valley State University.”

The award-winning Leadership Institute is a national program intended to develop students’ leadership skills, create a community of scholars, provide companies’ access to a talented and diverse student population, and help students make connections that lead to careers.

MVSU’s Grace Adegogy, a second-year Environmental Health graduate student, and JaQuana Williams, a junior Mass Communication and Business Administration major, also attended the event and were selected by the U.S. Navy to participate in a Lean Six Sigma White Belt certification during the leadership institute.

At the completion of the workshop, they both received certification as a Six Sigma Lean White Belt—an accomplishment that can be noted on their resume and marketed to potential employers.

All five MVSU students also had the honor of attending the 31st Anniversary Awards Gala. The TMCF announced that more than $5.6 million was raised at the Gala. The audience consisted of over 400 students that participated in TMCF’s Leadership Institute and over 1,000 civic, corporate, government and education leaders from around the country at the Washington Marriott Wardman Park Hotel.

“The TMCF conference was an amazing experience that granted me the opportunity to meet and network with my peers from other great HBCUs,” said Ibrahim. “I was exposed to workshops that further enhanced my knowledge of financial literacy, building a personal brand and utilizing my strengths for greater achievements.”