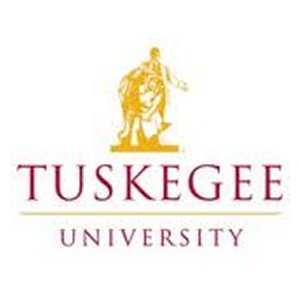 From Feb. 20-22, 2019, Tuskegee University will host the 96th Annual Meeting of the Alabama Academy of Science — one of the state’s largest gatherings of scientists, researchers, teachers and students across all disciplines.
The annual meeting will feature Nobel laureate in physics Dr. David J. Wineland, who will speak on the subject of “Superposition, Entanglement and Raising Schrödinger’s Cat” the evening of Thursday, Feb. 21, at Tuskegee’s Kellogg Conference Center. Wineland’s groundbreaking experimental methods that enable measuring and the manipulation of individual quantum systems were honored with the Nobel Prize in Physics in 2012, which he shared with French physicist Professor Serge Haroche.
Currently, Wineland is the Philip H. Knight distinguished research chair and research professor in the Department of Physics at the University of Oregon in Eugene. His work has included advances in optics, specifically laser cooling trapped ions and using ions for quantum computing operations. His previous group at the National Institute of Standards and Technology (NIST) in Boulder, Colorado, was the first to laser cool ions in 1978. In 1995, they created the first single atom quantum logic gate and were the first to quantum teleport information in massive particles in 2004 (concurrently with a group in Innsbruck, Austria). In 2005, the group implemented the most precise atomic clock using quantum logic on a single aluminum ion.
A long-term goal of his research efforts has been to increase the precision of atomic spectroscopy — the measurement of the frequencies of atoms’ characteristic vibrations. This research has applications to making better atomic clocks, and has led to experiments that enable precise control of atomic energy levels and motion.
Dr. Akshaya Kumar, FAAS, an associate professor of physics and past AAS state president, is chairing AAS’ Local Arrangements Committee, along with Dr. Prakash Sharma, a professor of physics.
“It is an honor to host a Nobel-laureate physicist of Dr. David Wineland’s caliber on the Tuskegee University campus and as part of AAS’ annual meeting,” said Kumar, who helped secure Wineland as a guest speaker. “We are extremely excited to share his scientific expertise with our members, colleagues and students from throughout the state, and we’re extremely grateful to The Optical Society and The OSA Foundation for sponsoring his involvement in our event.”
“The OSA Foundation is focused on encouraging the best and brightest to explore careers in optics and photonics,” stated Chad Stark, the foundation’s executive director. “Dr. Wineland’s career is an exceptional example of discoveries made possible by the power of light and will inspire Alabama’s outstanding young physicists.”
Wineland holds a bachelor’s in physics from the University of California, Berkeley, and a master’s and Ph.D. in physics from Harvard University. Following a postdoctoral position at the University of Washington in Seattle, he served in NIST’s Time and Frequency Division. He is a fellow of the American Physical Society and The Optical Society, and was elected to the National Academy of Sciences in 1992.
Kumar noted that the Wineland’s presentation and the AAS annual meeting are open to the public and will include scientists, faculty and students representing various scientific disciplines from various colleges and universities throughout Alabama. In addition, high school teachers and their students, who can join the organization as junior academy members, will also be participating.
Founded in 1924, the Alabama Academy of Sciences is devoted to nearly all aspects of science and science education. It promotes interest in the sciences throughout the state by facilitating the publication of research, encouraging increased research collaboration among its members and related organizations, and fostering the academic study of the sciences among Alabama’s youth.
For more information about the Alabama Academy of Sciences’ upcoming annual meeting, including how to register to attend the event and Wineland’s lecture, visit https://www.alabamaacademyofscience.org.